Residents gathered at Bowman Memorial Park to honor eight-year-old Taryn Summers, who was reported missing from Emmett on April 12. 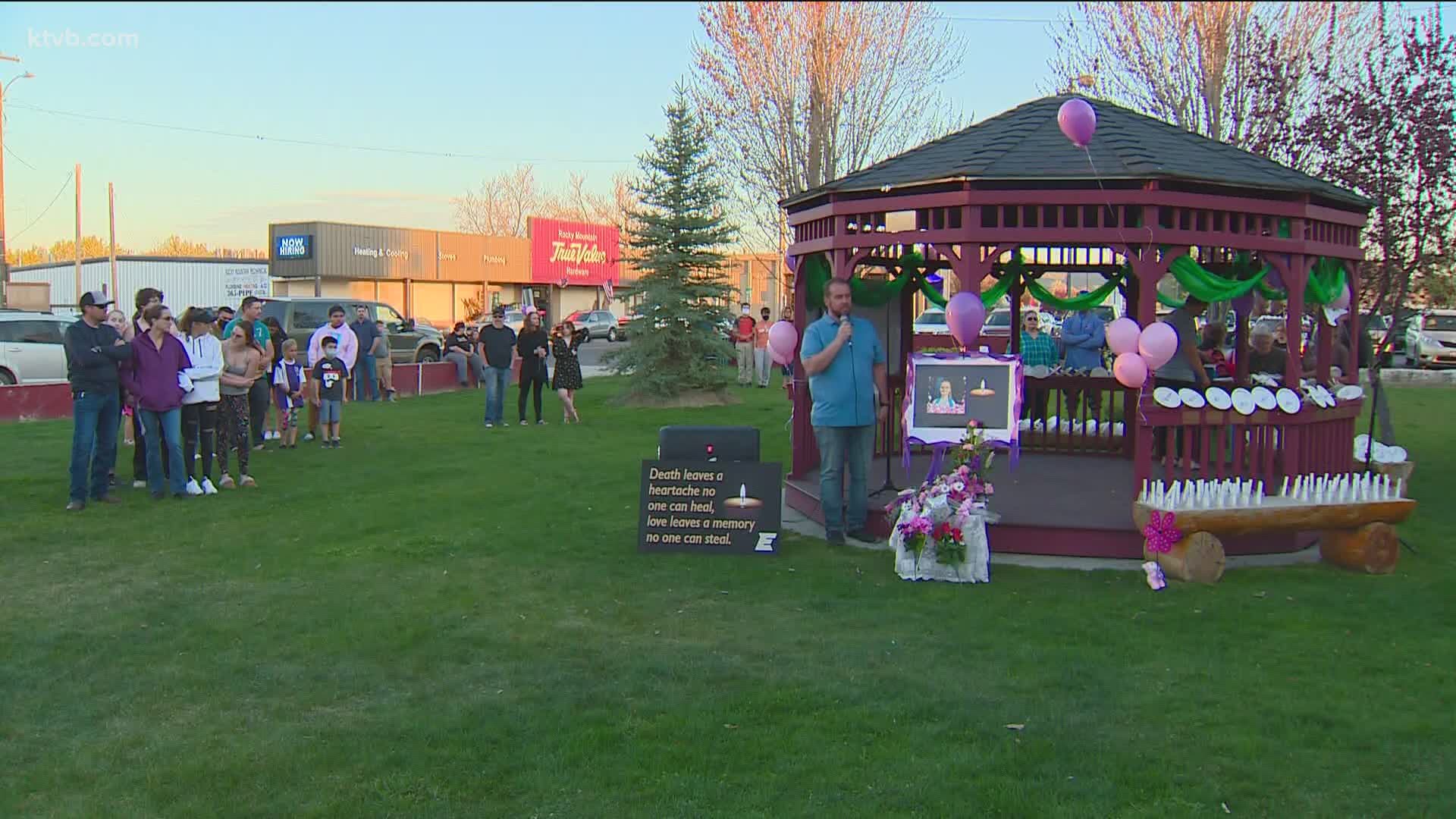 EMMETT, Idaho — The community of Emmett came together Saturday night to hold a candlelight prayer vigil for eight-year-old Taryn Summers, the little girl who was reported missing on April 12.

Residents gathered at Bowman Memorial Park to pay their respects to Taryn's family and friends.

Investigators believe Taryn's body was found at a home in Emmett.

Connie Smith, the woman who owns the property where Taryn's body was believed to have been found, appeared in court on Friday morning. She appeared in Ada County Court on an out-of-county warrant for first-degree murder.

A suspect is in custody in relation to Taryn's case, according to the Gem County Sheriff's Office. However, the name of the victim related to Smith's case has not been released.