Thousands have been coming out to Ann Morrison Park this week to watch balloons fill the skies above Boise. 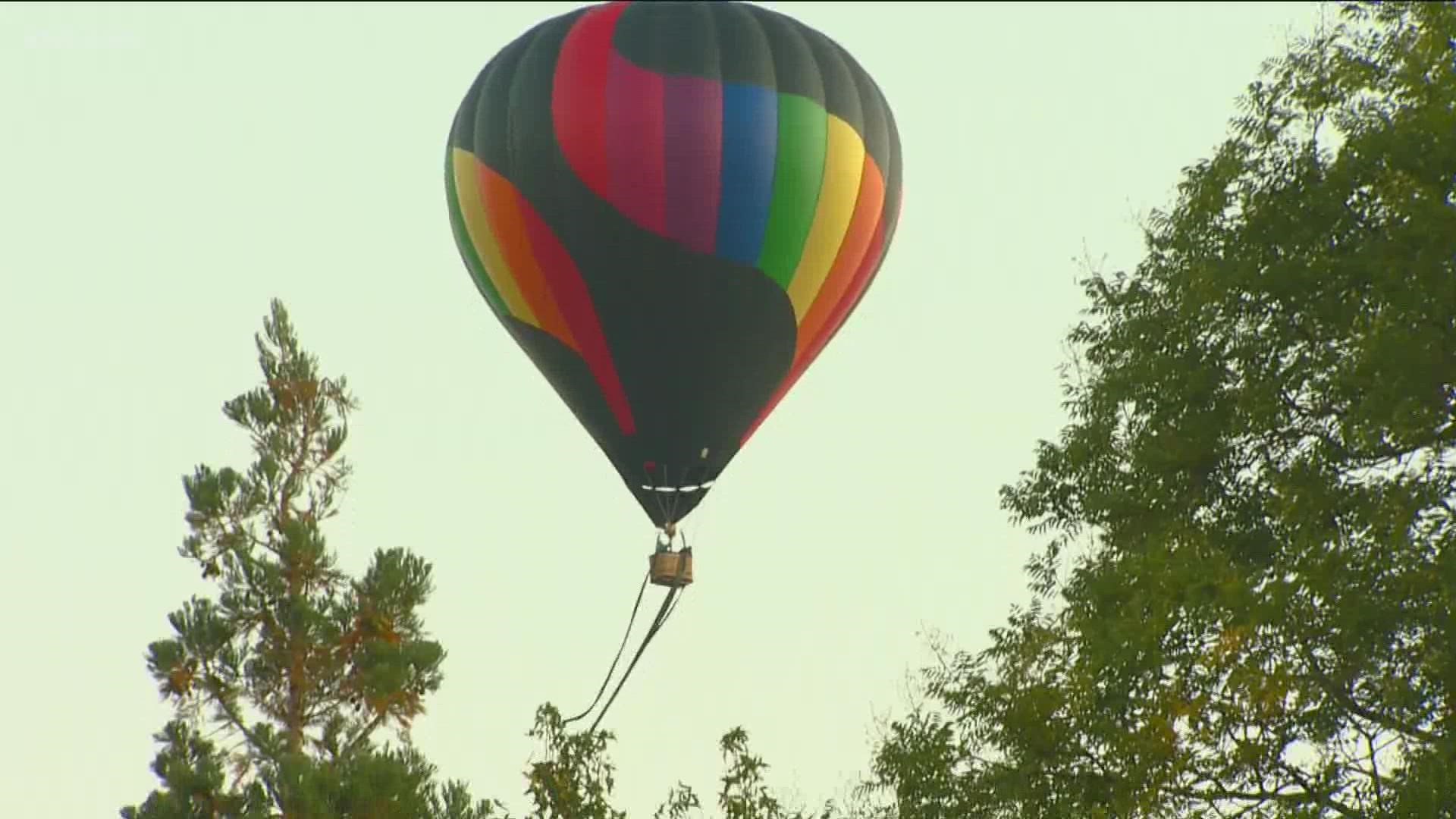 BOISE, Idaho — Balloons filled the skies above Boise Friday morning during day three of the Spirit of Boise Balloon Classic.

This event brings in thousands of people who gather at the Ann Morrison Park.

The balloon classic was canceled last year due to the COVID pandemic. This marks the 30th anniversary this year.

On Friday morning, a tribute launch was held in honor of Scott Spencer, the found of the Spirit of Boise Balloon Classic. We are told that this was a very moving ceremony.

Organizers say there is lots more to come over the next three days.

Friday night is the Nite Glow Spectacular at the Spirit of Boise. That’s when dozens of synchronized balloons will light the night with color. KTVB meteorologist Larry Gebert says the balloons do not leave the ground but are quite a sight to see all lit up.

There will be live music, food and vendors. It all starts at 5:30 p.m. at Ann Morrison Park.

The Nite Glow Spectacular is scheduled to start at 8:05 p.m. The temperature is expected to be in the low 70s around that time.

People are encouraged to come out to the park early and socially distance.

KTVB caught a special moment on camera this morning. You can watch the video with this story to see a marriage proposal.

The Spirit of Boise Balloon Classic continues through Sunday.

On Saturday and Sunday morning around 6 a.m. there will be a special balloon launch called the Dawn Patrol. About 8 to 10 pilots that each have special license to fly before the sun rises will take to the skies. Gebert says this really lights up the morning sky. Afterwards, the regular balloon launch will take place around 7:20 a.m.

It’s been a little cooler in the mornings lately. Temps have been around 50 degrees, so bring a sweater or a jacket.

Lift off! Balloons take to the skies above Boise

1 / 15
Theresa Palmgren/KTVB
Dozens of balloons lift off on Thursday, Sept. 2, from Ann Morrison Park. It's all part of the 2021 Spirit of Boise Balloon Classic. 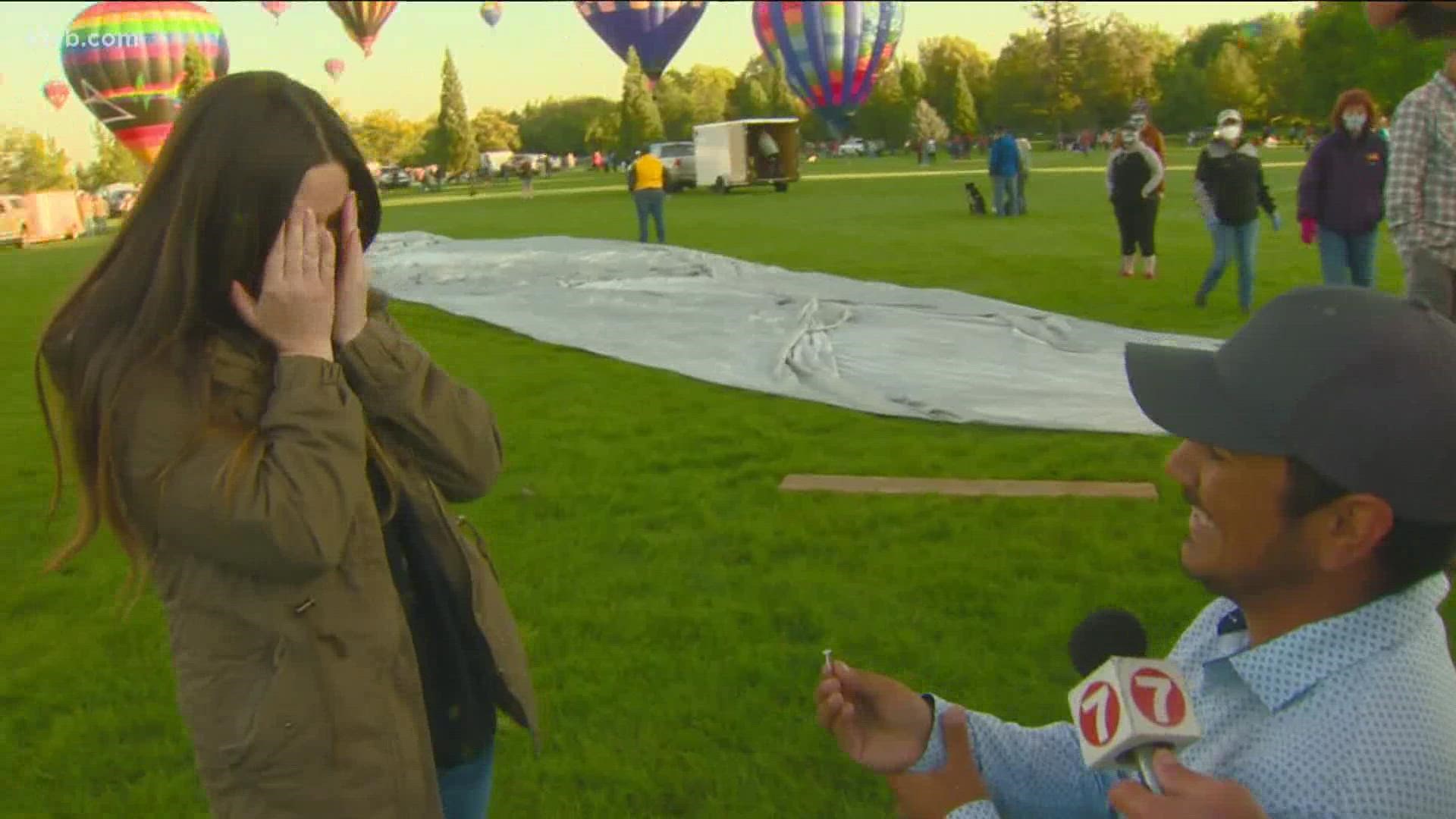