Out, loud, and full of Pride: Thousands gather in downtown Boise for the Pride Festival and parade

"It's pure joy, you can be yourself here," one attendee of the parade said. 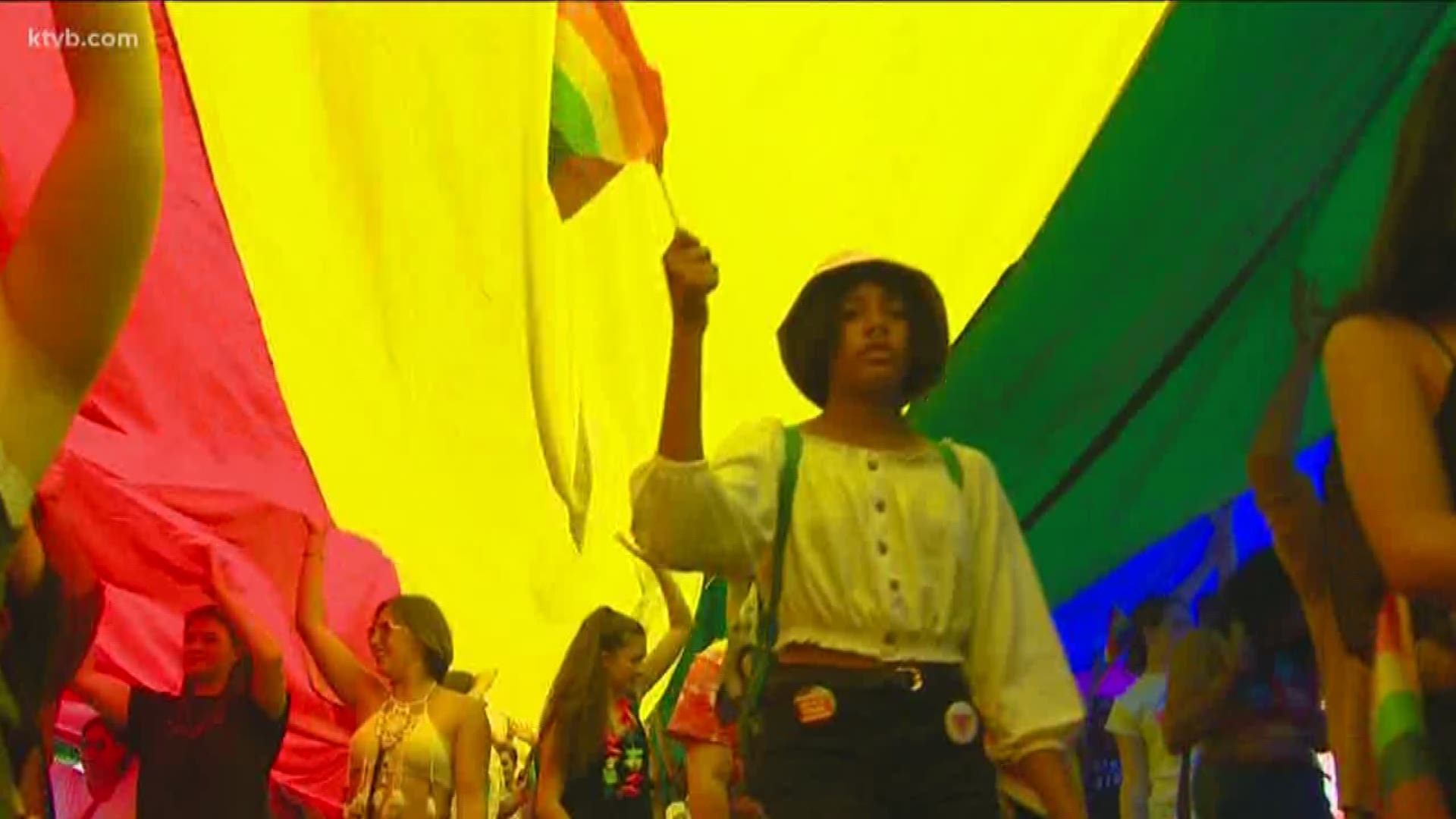 BOISE, Idaho — Downtown Boise was transformed on Friday and Saturday for the Boise Pride Fest. For those who attended, it was more than just a colorful display of rainbow flags, but rather an opportunity for acceptance and tolerance.

Over the last 30 years since its founding, the festival has transformed from a small gathering of about 50 people to nearly 60,000 people in attendance this year, according to Pride organizers.

The growth and the community's embrace of the festival can be seen from the Grand Marshall of the parade to the organizations and companies that help make it happen.

On Saturday, Boise's Mayor Bieter was the Grand Marshal of the parade, which kicked off Saturday's festivities.

With thousands of people lining the streets for the annual parade, this year's event was one of the largest in Boise Pride's history, organizer Joseph Kibbe says. For him, seeing so many people at the festival is a special feeling.

"I never thought I'd see this and it just means the world to me to have so many wonderful people from all walks of life and celebrating for one day," Kibbe said.

Kyle Campbell and Greg Fullmer say the celebrations made them feel safe and comfortable in their own skin.

"It's pure joy, you can be yourself here. There's that feeling of comfort and safety and you can just come in and walk around and be yourself and be open," they said.

For some people, being part of the festival was about celebrating inclusion and diversity with their children.

"I wanted her to grow up knowing that people of any kind, creed, identity that they're all part of this world and we should all be getting along," Zach Fulton said.

Fulton brought his 4-year-old daughter with him to Pride for the second year in a row. For him, the Boise Pride Festival is an opportunity to get out of the shadow of discrimination and hate and just enjoy bringing people together.

"I've traveled a lot and there's still a lot of hate and prejudice no matter where you go of every kind and having her exposed to something like this it's good to have everyone brought together and she should know about this," he said.

Miranda Obray says she attended the parade for similar reasons.

"We're raising the next generation to be accepted and be loving and tolerant of all of that," she said.

The festivities also coincide with the 50th anniversary of the Stonewall Riots, which were a series of violent clashes between the LGBTQ community and police around the Stonewall Inn in New York City.

Those riots are widely credited with sparking the campaign of equal rights for the LGBTQ community.

This year's celebrations continue on Sunday with more live music and performances.