During a press conference in Denver, Garth Brooks explained why fellow country music star, Blake Shelton, was only able to perform in Boise for one of the concerts. 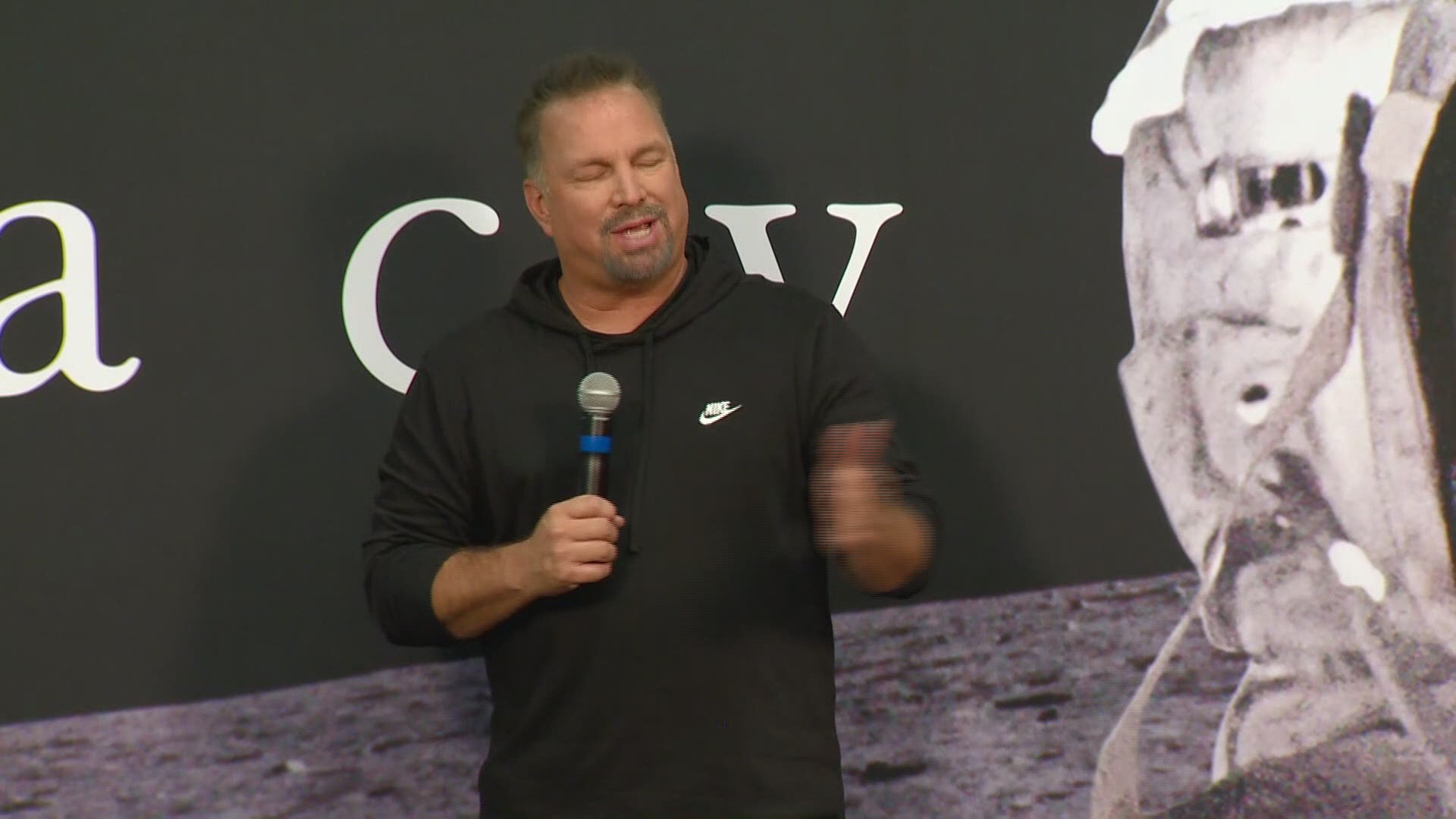 DENVER — Being one of the first people to buy tickets to Garth Brooks in concert at Albertsons Stadium was an excitement that was short lived.

Not only did the country music star add a second concert in Boise, but he also announced that he will be performing with Blake Shelton - debuting a new duet called "Dive Bar" for the first time that night.

If you were wondering why Blake Shelton is only performing with Brooks in Boise for one concert, Brooks explained the reasoning during a press conference in Denver on Friday.

The reasoning came down to simple scheduling issues.

"We'll do one live performance of it and I think he was booked every Saturday that we were booked, of course, cause that's when artists work," Brooks said.

Brooks also apologized to fans that quickly bought tickets to the first show on Saturday, July 20.

"And then you find out that Friday is the one Friday that he is open so it was all meant to be I guess," Brooks said. "So my apologies to the Boise State crowd that bought the first show on Saturday cause he's not going to be there."

Patience may have been a virtue for those were unable to get tickets for the Saturday night concert.