What's going on with the X-Men? 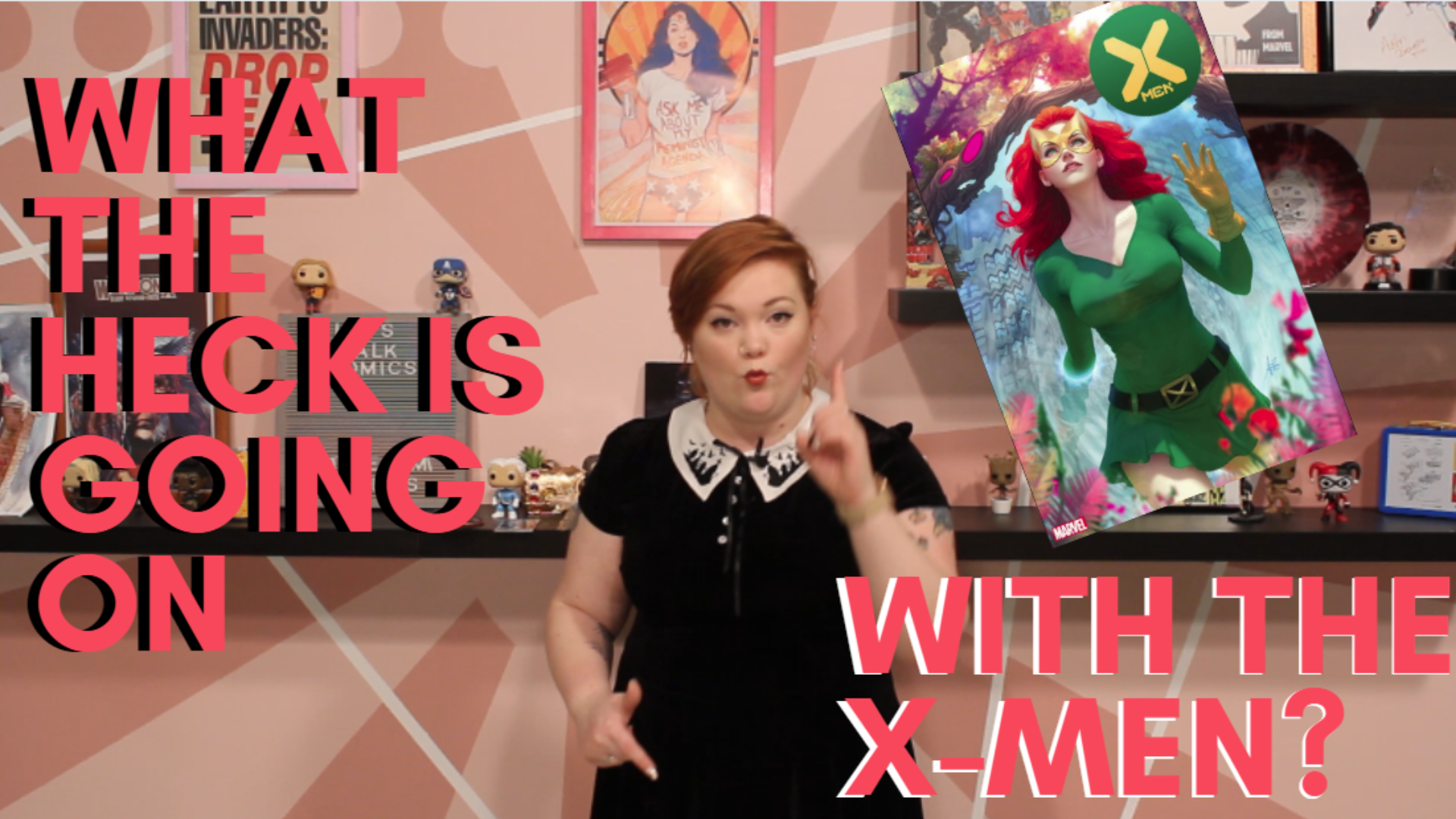 They're living on a sentient paradise island, they can be reborn from weird giant eggs, and they use goo to clean their dishes.

So uh, things are amok. But for the best, it seems.

The mutants aren't just looking to survive in this series; they're trying to thrive.

At best, these comics set up a war for information between the mutants, who are trying to claim sovereignty as a nation all their own, the humans who are afraid of mutant sovereignty, and then in the future the robots and Nimrods who want to overthrow the mutants/want them dead.

At worst, it is a trippy trip around time to look at how mutants are getting along, all strung together by one mutant, Moira Kinross--a.k.a. Moira MacTaggert--who has the ability to reincarnate with all the knowledge she has gained from her previous lives.

RELATED: Let's talk comics! KGW reviews comics and you should join us

In X-Men #1 we get a look into the domestic life of Scott Summers, who is living on Krakoa with Jean Grey, Wolverine, Nate, Rachel and Hope, and his brothers. That's weird enough, but it appears Jean and Logan and Scott all have adjoining rooms. (Bow chicka wow wow.)

Not to mention the sultry look that Emma Frost gave Scott in "Powers of X" #6. All work and no play makes Summers a dull boy. (In the author's opinion, Scott is always dull unless he and Emma are up to no good). The internet seems pleased with this revelation.

X-Men #1 did a great job of reminding you of what you read in HOX and POX, and simplifying it so you could enjoy the story.

I am totally along for the ride but I do have my concerns.

It was super cool to read HOX and POX in tandem with one another. I thought it was a pretty novel idea to release them together and honestly, that's so much work, I am entirely impressed with the author and team who worked on these comics.

But now, with  X-Men #1 out, it appears we are in for at least three new series which will all eventually come out on the same day. I have my reservations about that. I'm busy, I'm tired and I have other comics to read. I am into this story but it is a big ask to give your audience (at least) three books to get the full story every week.

I am not sure how I feel about that.

But for now, I'm excited for what the future holds for our beloved mutants.

RELATED: How to customize the alerts and stories you get from the new KGW app