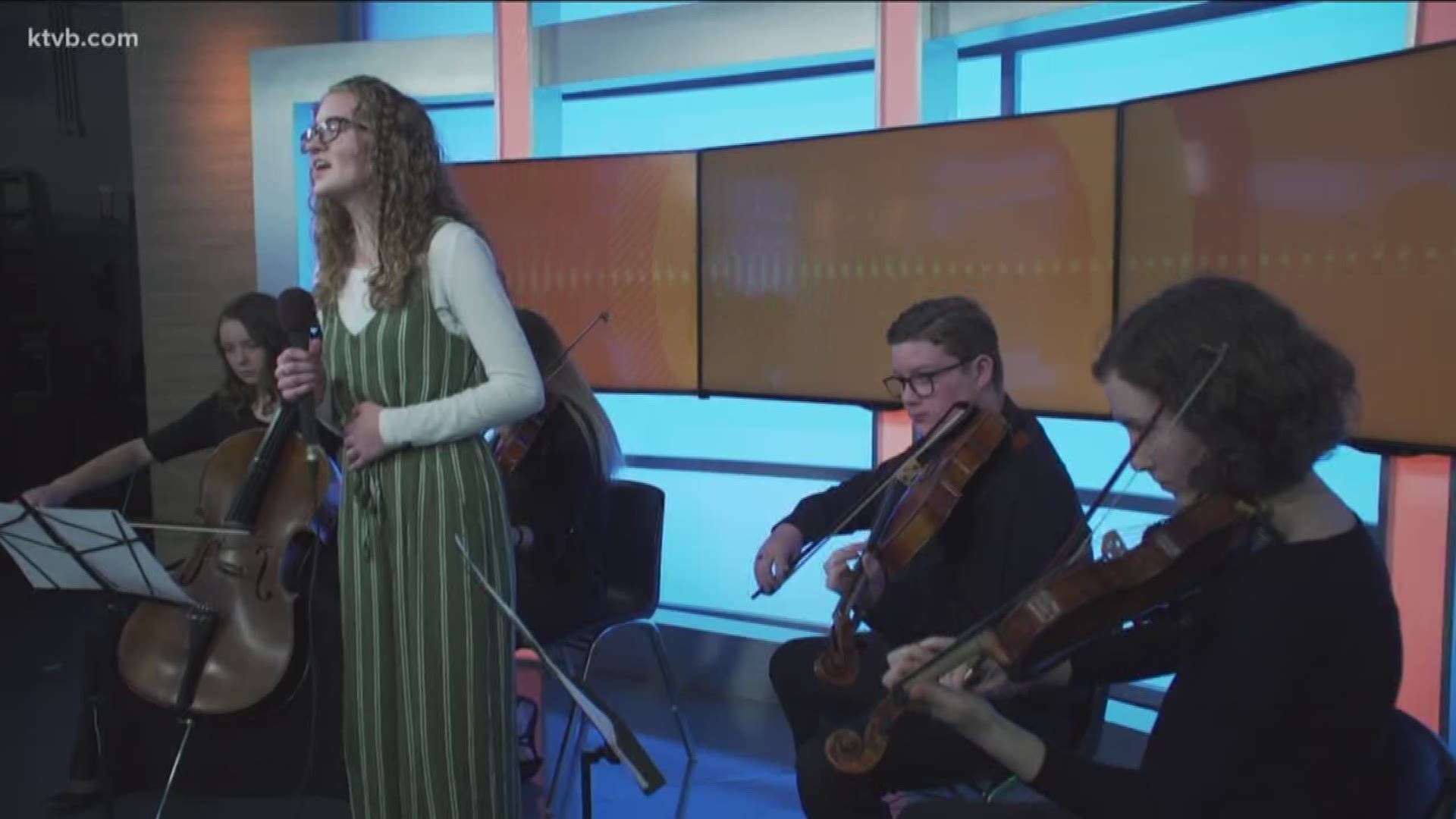 BOISE, Idaho — The national touring show, "Beatles vs Stones - A Musical Showdown," is coming to the Nampa Civic Center on Monday, March 9.

The show pits the Rolling Stones tribute band “Satisfaction” against rival Brit boys “Abbey Road” in an all-out musical showdown of rock dominance.  And they will not be going at it alone.

Promoters approached Caldwell High School orchestra director Becca Chavarria to see if she could find a string quartet who could hold their own with a rock band. She found four players up to the task.

They are Gemma Mohun and Ben Herrera on violin, Mckalee Bruegeman on viola and Emilee Goettig on cello.

The quartet, along with vocalist, Mckenna Wrigley, were in the KTVB studio during the News at 4 for a live performance.