In addition to "Mank," Randy Davison, a Capital High and Boise State grad, is set to appear in the upcoming film, "The United States vs. Billie Holiday." 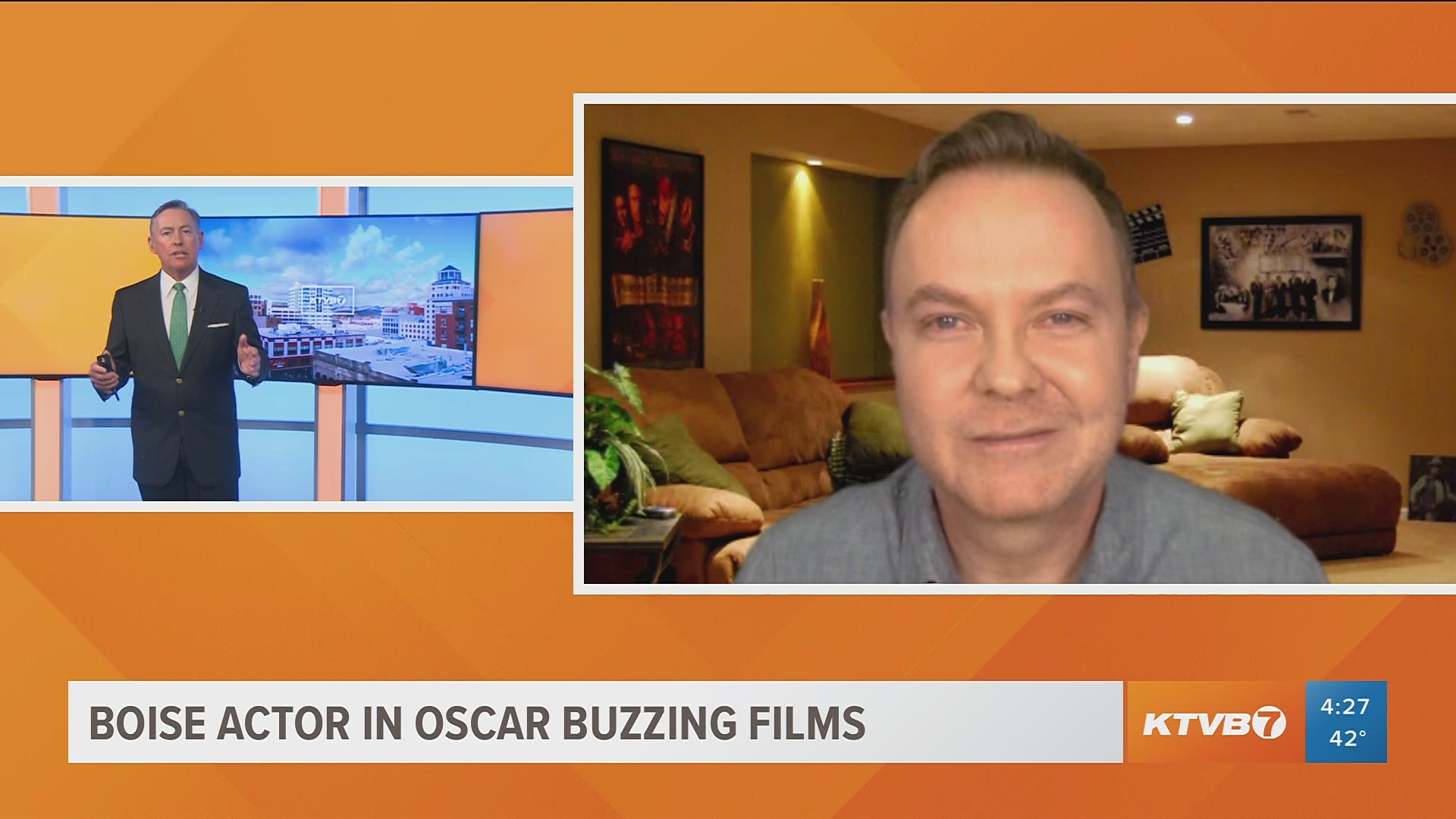 BOISE, Idaho — Randy Davison, a Boise native who graduated from Capital High School and Boise State University, will soon appear in a new movie that's already getting some Oscar buzz.

"Mank" is the latest effort from director David Fincher, who is best known for his hit movies, "Seven," "Gone Girl" and "The Social Network."

The cast includes Boise's own Randy Davison. The Boise State theater major has been an actor in Los Angeles for more than a decade and landed a role in the film as the maître d' at the legendary Café Trocadero nightclub on Sunset Boulevard.

In a live interview Thursday on the News at 4, Davison said it was a thrill sharing a scene with Gary Oldman, one of his favorite actors.

"I was pinching myself while I was doing it," he said. "It was so surreal because Gary Oldman is one of my absolute favorite actors of all time. So when I met him, we did our first rehearsal, I said 'Mr. Oldman, I just want to tell you it's a dream come true to work with you. You are one of my favorite actors of all time and it's an honor to speak to you in a scene.' And he was so gracious, he put his arm around me and he said, 'Ah, that means so much to me. I'm Gary.' He was so gracious and so fantastic to work with it was like a masterclass just working with him."

"Mank" is scheduled to be released in theaters, including at The Flicks in Boise, on Nov. 20. It will then be available for streaming on Netflix in December.

But that's not the only soon-to-be-released film featuring Davison.

He will also play Sen. Joseph McCarthy in the upcoming biopic, "The United States vs. Billie Holiday" - a racially-charged story about the feds' pursuit of the legendary jazz singer. Holiday was hounded by the federal Department of Narcotics in an attempt to quiet her message, which was seen as "dangerous" by McCarthy.

"The United States vs. Billie Holiday" is scheduled to be released on Feb. 12.