Gov. Brad Little announced that movie theaters were being moved up to stage 3 and could reopen this weekend, as long as they meet safety protocols. 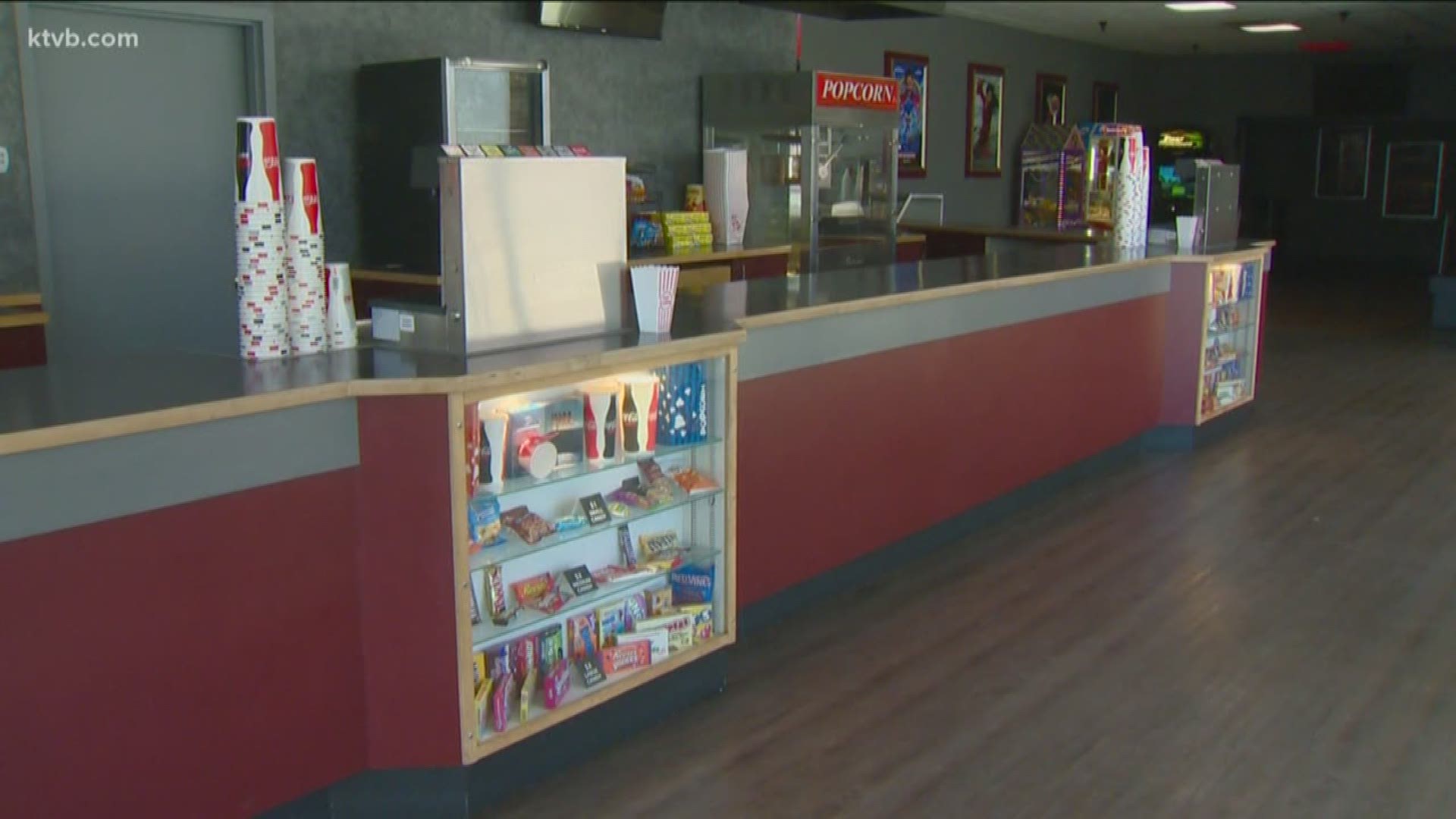 BOISE, Idaho — Starting on Saturday, Idaho is moving forward with stage 3 of the state's reopening plan.

Gov. Brad Little made the announcement Thursday afternoon. Under stage 3, group sizes will now be extended to 50 people or fewer. Both bars and movie theaters were also moved up from stage 4 to stage 3, as long as they can meet safety protocols.

"After consultation with movie theater operators and our public health team, we decided to move up the opening of movie theaters by two weeks from stage 4 to stage 3 beginning Saturday," Little said.

When asked why movie theaters were being moved up, Little responded that the four-stage plan was a guideline to "give everyone some predictability" for planning their reopening. After talking with local theaters about their plans, the state felt they could safely reopen ahead of schedule.

"We were doing pretty good in the real critical issues and the other part of it was, the industry came together and said, 'We think...[that] we could work under these protocols' and we looked at those protocols and they met all the gating criteria for minimizing transmissible moments," Little said. "I would much rather start things a little earlier than to delay things to a later point in time."

RELATED: 'We know what we need to be doing to be safe': Bar owner explains push to open bars earlier than planned

After the announcement, KTVB spoke with Mike Lehosit, owner of Overland Park Cinemas.

He said he's been working for weeks to get the governor to allow them to reopen under group limitations had been unable to do so.

After the governor's announcement, Lehosit said he was "tickled pink" to be able to reopen.

Overland Park Cinemas will be opening on Saturday. To keep within safety guidelines, seating capacity will be at 50%.

According to Lehosit, they are working on getting gloves and masks for their employees, and they are also encouraging patrons to wear masks.

As far as movie showings go, the theater still has some newer movies on hand it was unable to show before they had to shut down. So Lehosit said they will be showing those, as well as some throwback movies.

However, not all movie theaters will be opening their doors on Saturday.

Dave Corkill is the CEO of Cinema West, which owns the Village Cinema in Meridian. He tells KTVB their theater will not be opening for at least a few more weeks.

"Yeah, I'm sorry, we're just not open," he said. "A movie theater of our size takes so many employees and so much activity to work and make it function. We're not seeing ourselves being in the mix for a few more weeks."

That's because most major movie companies delayed new movie releases because of the COVID-19 pandemic. That means no new movies for the theater to show. Corkill said that makes it hard to drum up enough business to justify opening their large theater right now.

"Our business model, for movie theaters in general, is that we need new movies," he said. "New movies are our lifeblood. That's what people come to see. We really don't have new movies right now."

Corkill said new releases are scheduled to start hitting theaters again around the first part of July. One of the most anticipated movies on the horizon, according to Corkill, is "Tenet," directed by Christopher Nolan. That movie is slated to hit theaters on July 17. The Village plans to reopen a few weeks ahead of that movie's release and start doing test runs of other movies to get restocked and allow employees and guests to get comfortable at the theaters again.

When the theater does reopen, it has a safety plan in place. Its seating capacity will be reduced between 50% and 55% and seats will be spaced out to accommodate social distancing.

"We'll put two seats in between two seats," Corkill explained. "So there will be a pair of occupied seats and a pair of unoccupied seats in the same row. And the ones in the row in front of that will be offset by a pair."

The Village Cinema is also working on securing PPE equipment for necessary employees. And when it comes to areas like ticket counters or concessions, there will be changes there too.

"We'll likely have a shield at the counter - the Plexiglas counter - to protect the employees and the guests from each other," Corkill said.

While the entire movie theater industry has taken a hard hit, Corkill believes it will recover.

"As soon as we're open, as soon as our guests can feel safe, they're going to pour back in the doors and so we're real confident that we're going to rebound and hopefully put this behind us and move forward and learn something from this we can take forward into the future," he said.

In addition to the two theaters mentioned above, KTVB also reached out to the Reel Theaters in Boise, Nampa, Caldwell and Eagle, as well as Cinemark Majestic in Meridian, Regal Edwards Boise, and the Egyptian Theatre but did not hear back.

The Flicks in Boise told KTVB that they will reopen on June 26.

We also asked Governor Little about outdoor amphitheaters, such as the Idaho Shakespeare Festival. He said they could open, but would have to stay under the 50-person limit.

RELATED: Boise mayor on coronavirus cases: 'We are optimistic' about moving to next reopening stage