The songs were bass heavy, with echoes of house music layered under the ethereal reverb-ed vocals of Yorke. 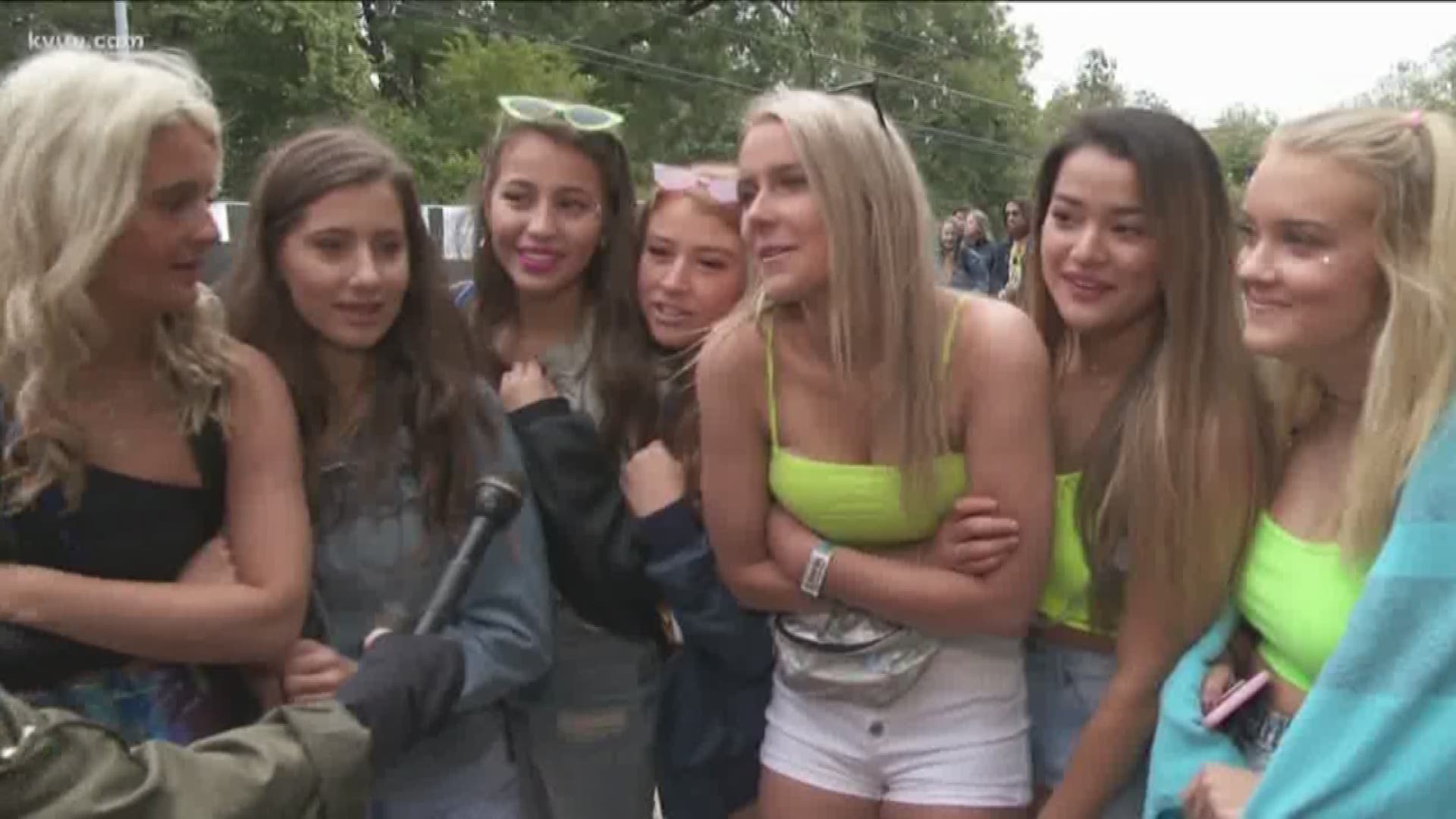 AUSTIN, Texas — Radiohead frontman Thom Yorke has been introspective lately. Since the release of his first solo album, “The Eraser,” in 2006, he has explored more niche corners of electronic music, compositions and visual art.

While he has left the band on the backburner, he hasn’t ditched collaboration, and this year he brought his “Tomorrow’s Modern Boxes” project to the Austin City Limits Music Festival.

The project, which spawned from Yorke’s 2014 solo album of a similar name, is a striking three-way audio-visual experience between the Radiohead singer, producer Nigel Godrich and Dutch visual artist Tarik Barri.

RELATED: Mahalia warms up the ACL Fest crowd as weekend 2 kicks off

Taking the Miller Lite stage on Friday evening, the trio walked out to separate podiums of laptops and mixers, but Yorke played the crowd more like a house DJ than a member of Kraftwerk.

While it was billed at “Thom Yorke’s Modern Tomorrow Boxes,” the performance is part of the Radiohead singer’s tour for “Anima” – his new album that explores themes of dystopia and societal decline (you know, the usual).” The setlist reflected that, with tracks spanning his solo career, including “Impossible Knots,” “Atoms for Peace” and “Harrowdown Hill.”

Yorke did his signature swaying and spastic dancing – he seems to enjoy being about to break free from the piano or guitar, move about the stage and hype up the crowd.

Whenever visual artists are involved in music performances, there is the risk of appearing like a PC media player’s visualizer function, but Barri’s aesthetics contributed to the mood of the music as a whole, helping the songs flow into each other as one, connected performance.

The set started out with bright colors and broad shapes before moving into darker visuals – from static brushstrokes and clean lines to flowing, pink ink and what looked like a black hole with scratches over it.

The songs were bass-heavy, with echoes of house music layered under the ethereal reverb-ed vocals of Yorke.

Yorke and Godrich passed the bass guitar around, and when Yorke played the instrument, he fully strummed it – and so began the crowd dancing along.

Songs flowed well from ambient music to dancy, beat-driven tracks, culminating in a finish complete with strobe lights flashing over the pleased crowd.

And like Radiohead was good at adapting from the '90s rock era to more complex, electronic-driven compositions, Yorke showed on Friday he was still creating interesting music reflecting the turmoil of the current state of world affairs. Afterall, he’s the original “creep.”